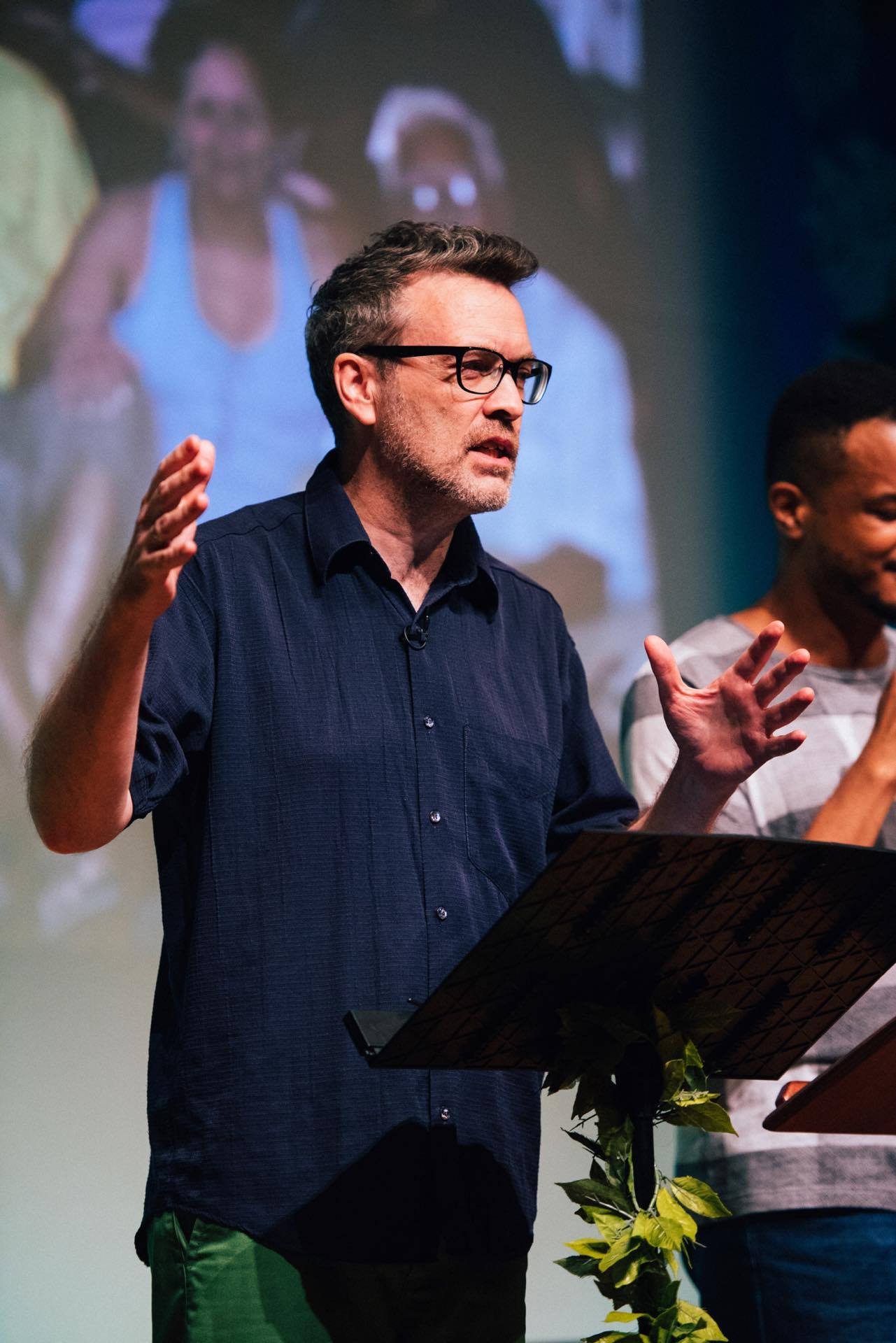 Being brought up in Japan as a missionary’s son has accounted for an interesting life. Going through schooling in a totally Japanese environment (I did not attend international schools) not only gave me a natural grasp of the Japanese language but also gave me an inside understanding of Japanese culture.

After brushing up my English while studying for my B.A. at university in New Zealand, I returned to Japan, this time starting my career in the television industry. Here I worked as a TV director, researching, writing, directing, and editing entertainment TV shows in Japanese. Often my subject would be a non-Japanese talent, actor or musician, so here I fine-tuned my skills of interviewing, interpreting and translating.

I interpreted the sermons on a regular basis at a Japanese speaking Christian church in Auckland between 1994 and 2001, and I am currently actively involved in a bilingual church in Tokyo, New Hope Tokyo, where I often interpret sermons into English and/or Japanese. This experience keeps emphasizing to me the importance of getting the message (or the truth) across accurately, albeit some paraphrasing, which I feel is the essence of interpreting and translating.